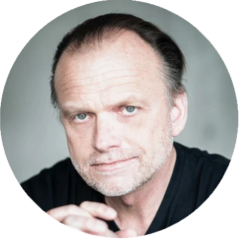 Dr. Thomas Doctor is an Associate Professor at Kathmandu University, Centre for Buddhist Studies at Rangjung Yeshe Institute. He has studied with authentic teachers in the Tibetan scholarly tradition at Ka-Nying Shedrub Ling Monastery since he was a young man and is a genuine scholar-practitioner. He received his MA degree in Tibetan Studies from the University of Copenhagen, Denmark, and his PhD at the University of Lausanne, Switzerland.

With the Dharmachakra Translation Committee and 84000: Translating the Words of Buddha, he has translated classic Buddhist sūtras, tantras, and treatises. These include Nāgārjuna’s Mūlamadhyamakakārikā with commentary by Mabja Jangchub Tsöndrü (Ornament of Reason), Śāntarakṣita’s Madhyamakālaṁkāra with commentary by Ju Mipham (Speech of Delight), Maitreya’s Mahāyānasūtrakālaṁkāra, Madhyāntavibhāga, and Dharmadharmatāvibhāga with commentaries by Khenchen Shenga and Ju Mipham (Ornament of the Great Vehicle Sūtras, Middle Beyond Extremes, and Distinguishing Phenomena from Their Intrinsic Nature), the Aryaratnameghanāmamahāyānasūtra (The Noble Great Vehicle Sūtra, The Jewel Cloud), the Aryasaddharma­smṛtyupasthāna (The Noble Application of Mindfulness of the Sacred Dharma), the Hevajratantra with commentary by Ngog Zhedang Dorje (Like a Jewel Ornament, a Commentary on the Sovereign Tantra of the Two Sections), the Aryatārakurukullākalpa (The Practice Manual of Noble Tārā Kurukullā), and others.